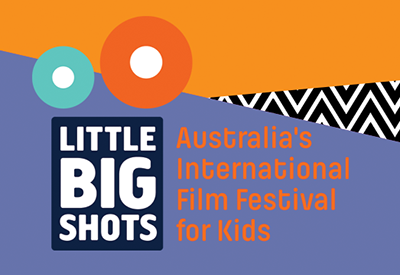 Fred Woods has a career spanning more than 40 years in the music, television and advertising industries in a wide variety of roles. He was a director of SAMRO (The Southern African Music Rights Organization) for six years and is experienced in business ethics, risk analysis, organizational governance and best business practice as well as the fiduciary duties of directors. Fred is an award-winning music composer and producer, a creator and producer of various production music catalogues including the Cute Production Music Library, internationally recognized as the industry standard children’s production music brand.  He also produces Strange Fruit Music, a rapidly expanding, exciting and innovative production music catalogue and is the CEO of Red Igloo Music, a leading production and publishing company. Fred is the agent for around 130 international production music catalogues, including Warner Chappell Production Music and Five Alarm Music. With his extensive publishing, media and production experience, Fred brings both creative and technical expertise to the table.

Andrew is an experienced CEO in the consumer, industrial and manufacturing sectors. Most recently he completed the successful leadership of a $550 million private equity exit of Olex Cables, Australia’s largest manufacturer of power cables. Andrew is now an active investor in the start-up sector, particularly focussing on opportunities in the energy, clean-tech and technology sectors in which he has several investments. Together with sporting and recreational interests, Andrew is a panellist for Arts Victoria and an active supporter of various philanthropic causes including the Australian Himalayan Foundation and is currently Chair & Treasurer of Little Big Shots.

Julia Adams
Julia Adams is a partner with Shiff & Company, Lawyers in Melbourne. Julia holds the degrees of Bachelor of Arts and Bachelor of Laws (Hons) from Monash University. She practices extensively in entertainment and commercial law and has advised in and documented many local and international film and television projects as well as software and interactive content projects, and commercial transactions including sale and purchase of business, joint ventures and shareholder agreements. She has also acted as Executive Producer of a number of television productions and digital media projects. Julia has a particular expertise in the areas of animation and digital media content production, publishing, licensing and merchandising, as well as trade mark law. She works with a diverse range of clients including producers, directors, designers, writers, animators, publishers, illustrators and fashion designers as well as non-profit organisations. She is also a member of the Management Committee of Westside Circus, Inc.

Chris is an independent film and TV producer with over 13 years’ experience. He has worked across a variety of formats including feature documentaries, television, commercials, music videos, short films and web series. In 2016, after completing a Master of Laws (Juris Doctor) at Monash University, Chris joined Shiff and Co Lawyers in Melbourne. Under the tutelage of Julia Adams and the other partners, he practised in the areas of entertainment (film & TV), corporate, property and estate planning. Having successfully self-distributed his last three documentary projects, Chris’ special expertise is in devising new business models and strategies for the financing, production and monetisation of video content that is distributed directly to audiences online. He is now applying this skill set in a business affairs context to assist new and existing independent media companies adapt and thrive in the rapidly evolving digital media landscape.

Ahmad is an award-winning architect and founding partner of the firm Gresley Abas Architects, which has offices in Melbourne and Perth. He is a former chair of the Perth Fringe Festival (Artrage), giving him a wealth of experience in cultural and arts event governance. He’s a welcome addition to the current board and is looking to the challenges and opportunities ahead for LBS.

Check out all the amazing fims from around the globe, made for kids and some by kids. Tickets on sale in April.

Want to be first to know all the latest LBS news then sign up for our regular newsletter.

Find our when our special fundraising screenings are on, where in Australia we're touring to next, and when our Film Submission forms open or close, be sure to sign up to our Newsletter here!